Respect… We always search for respect from the others.. And at the end… We end up in search of respect from ourselves. 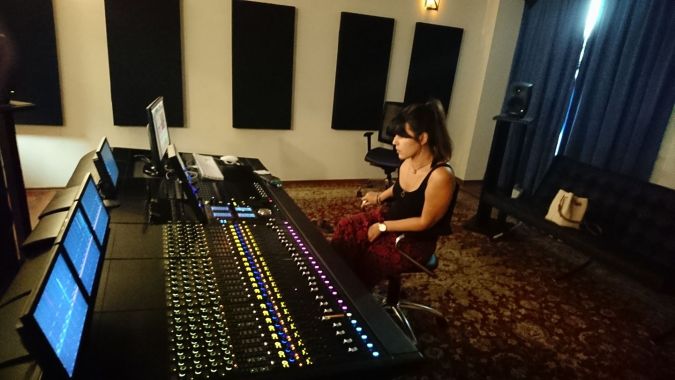 I had a “creative black out” how I like to call the period of time when I lose my inspiration. That happened after I picked up some critics about the work I did, which wasn’t  actually done, from someone who I respected so much. The way the words were exposed was nasty. Very nasty. But you can not expect anything else from that kind of a person then  nasty words.

The respect I felt for that person was stronger then my self respect for a long time. The reason wasn’t so much because he was a good musician. The reason was that he was so good in bullying me that I wasn’t that good musician. I’m grateful to him just because he pushed me to be better, in some way. In my country we call that kind of a fight with one word- INAT. You can translate it as a spite, malice, grudge.. it doesn’t matter.. the whole point of it is there.

I spent fucking years to prove that I have something to say trough my music. And my judge was just that man. I didn’t care about any others opinion that much like the opinion of him. He was in control. For almost 10 fucking years.

Now… The control is mine.

Over this few months I was thinking about my music, my singing, playing, arrangements, lyrics, melodies, what I’ve learned, what I haven’t… I was very close to dropping everything. No one was able to convince me that I wasn’t that bad, that people are enjoying my music, that there’s someone who likes it. None of this words of support didn’t work. Until Music got me back to my real purpose. I have the message to send, and the way is trough my songs. That’s my way.

We put a lot of effort in our lives to get the respect from the others, to prove ourselves. The only person to which we have to refer is no one else but ourselves, our own mirror. If you know that you’re doing your best, they can shut the fuck up!

I’m making music for my relief, to feel better, to reach my star, to have a connection with something higher then this real life. I’m making music because it makes me feel alive.

And if someone likes it, and finds himself in it, I found another soulmate.

I was watching this man

with the black smile on his face

He attracted me so fucking hard

He was my ground, my bass

In his presence I felt so sweet

I wasn’t here, I was gone

I didn’t know what’s going on

He took the treasure of my soul

he asked me even Did I want?

I sad yes, back against the wall

he left the place when he got bored

I was giving him my hands, my arms,

he just gave me back  a broken nail

and stabbed me on my back

put me down to despair

WHO YOU THINK YOU ARE??

I checked all my mails

there’s the letter once he wrote to me

When I read those words again

That he gave me just a broken nail

I still feel that bitter taste

what’s that kind of a man?

what a fucking waste

I push myself to reach the top

I grabbed it all and I can not stop

Just to prove that he was something wrong

I have the power, I am strong

You know how bad it’s when you work so hard

when a smile has vanished

when you spit your own blood

to reach the stars

He’s not my God

This is the new song I made after my “creative black out”.